Krishna West Inc is the publishing house of Krishna West, an ISKCON project that serves the world through the teaching and practice of spiritual knowledge found in the Bhagavad-gita. We seek to serve the Western world with intelligent, appropriate, non-sectarian spiritual activism that powerfully addresses, with spiritual wisdom, issues of social and economic justice, the global environment, and ultimate liberation. Our vision, that every living being is an eternal part of God and thus worthy of our love, forms the basis of our approach to justice, the environment, and enlightenment. 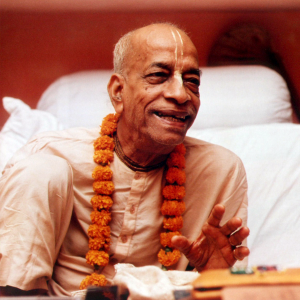 A.C. Bhaktivedanta Swami Prabhupada (1896-1977) is the Founder-Acharya of the International Society for Krishna Consciousness (ISKCON) and the world’s foremost teacher of Krishna Bhakti in the 20th century.

Born in India as Abhay Charan De, Abhay received a classical European education from Calcutta’s prestigious Scottish Church College. However, as a political activist and early follower of Gandhi’s civil disobedience movement, he rejected his diploma in protest of British rule in India. Several years later, after a life-changing encounter with Bhaktisiddhanta Sarasvati Thakur, a prominent scholar and spiritual teacher who explained that the practice of Krishna Bhakti is too important to wait for political reform, Abhay redirected his attention from politics towards the cultivation of spiritual life and community.

After four decades of learning and practice, while simultaneously running his own business and supporting his family, Abhay took formal vows of sannyasa, or celibate priesthood. In preparation of his journey to the West, Abhay settled in the holy city of Vrindavan, India and began translating the Sanskrit verses of the Bhagavad-gita and the Srimad-bhagavatam into English and writing elaborate commentaries explaining each verse. During this time, Abhay was given the title Bhaktivedanta in recognition of his advanced scholarship and spiritual realization. 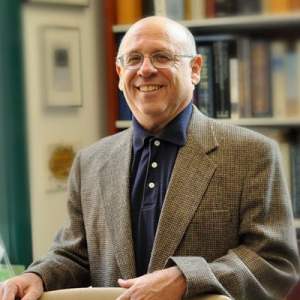 Howard Resnick (H.D.Goswami) began his studies at the University of California, Berkeley where he participated in the political and cultural movements of the late sixties. In 1969, after attending a campus lecture delivered by Bhaktivedanta Swami Prabhupada, the Founder-Acharya of ISKCON, he began studying the philosophical literature of Prabhupada’s movement, and in September 1969, took up the monastic practice of bhakti-yoga in the Prabhupada’s Berkeley ISKCON center. In 1970, he was formally initiated into the Gaudiya Vaishnava tradition. During the next four years, he served as president of bhakti-yoga centers in Gainesville, Florida and Houston, and lectured on university campuses throught North America. In 1974, Prabhupada asked him to assume responsibility for Latin America and in the next several years, he opened dozens of bhakti-yoga centers in over a dozen countries, and organized the leading publishing house of Indian spiritual literature in Spanish and Portuguese. In 1982, he took responsibility for ISKCON’s many centers in Florida, and in 1987 in Italy and Greece. Around this time, together with a team he formed, he completed Prabhupada’s epic translation and commentary on the Bhāgavata-purāṇa.

Meanwhile, H.D.Goswami had returned to the University of California in 1991 as a student of World Religions. After graduating, he continued his studies at Harvard University, where he received his Ph.D. in Sanskrit & Indian Studies in 1996. Having published articles with Harvard University Press, University of California Press, and Columbia University Press, he recently published his dissertation as the ninety-first volume of the prestigious Harvard Oriental Series. He has taught at the Graduate Theological Union and the University of Florida, and has lectured at many dozens of universities In North and South America, Europe, and India.

In the last several years, he published his popular Complete Guide to the Bhagavad-gītā with Literal Translation, and Quest for Justice, a compilation of a series of lectures on the ancient epic Mahā-bhārata.

Fluent in seven languages (English, Spanish, Portuguese, Italian, French, German, and Sanskrit), H.D.Goswami recently completed translations of the Bhagavad-gita and the first canto of the Bhagavata-purana. Around 2013, he established Krishna West to help facilitate ISKCON’s outreach to Western audiences. Krishna West now has centers throughout the world.